Sydney owns two slaves people who feed her, clean her box, give her tuna, give her treats, provide her with laps, rescue her toys from under the furniture.  In their spare time they write books.  Sydney does not represent their work, as they insist on writing what they want to write, and not what she wants them to write.  They don't write anything she can sell.  How they manage to sell it anyway is one of those universal mysteries that simply cannot be explained. 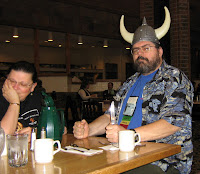 J. Steven York has published more than a dozen books (including fantasy, science-fiction, and non-fiction) and countless short stories and articles. His two novels "Mechwarrior: Fortress of Lies" and "Mechwarrior: Trial by Chaos" were both national best-sellers.

In his spare time, Steve has turned his hobby of collecting 1/6th scale action figures into a weekly, photo-illustrated web comic called "Minions at Work."

Christina F. York has also published more than a dozen books and many stories in multiple genres, including mystery (where she writes under the names "Christy Fifield" and "Christy Evans"), romance, science fiction, fantasy, adventure, and erotica. 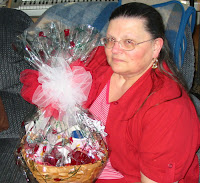 Chris and Steve have their own shared blog at Yorkwriters.com.  Sydney does not recommend you go there. 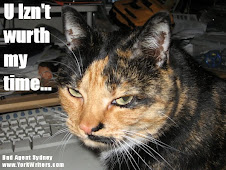 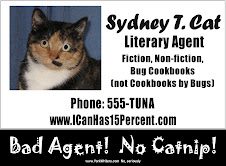